Films I accidentally bought 9 copies of…

The title might be a slight exaggeration, but in a couple of cases it’s been getting there…  What happens is that I buy a copy of a film that I really enjoyed or of a film that seems interesting, that I might want to watch, then promptly forget I’ve bought it.  Therefore, a few months later I see a copy and get it, not remembering the previous purchase and add it to the shelf.  Repeat…  It’s not like I have money to burn either, so it can be irritating!  Luckily, this doesn’t happen that often, but over the past 10 years it has happened more than I’d like!

This is different to say, Star Wars, where Lucas would have us buy the same old thing (only made worse through his tinkering, like the law of diminishing returns) over and over again, on multiple formats…  This is purely just idiocy on my part, where I forget I’ve already got the film and buy it again.

If I was to put a positive spin on it, it would at least say that those films that get bought more than once are of a certain quality and that I’m supporting those artists wholeheartedly.  The other good thing is for people I know, who I end up giving the extras to, as when I discover the duplicate purchases, I’m not sure where they came from, so can’t take them back!

So, what films are we talking about?  Here are some examples:

Downfall
I’ve managed to buy 3 copies of this.  Great film and worthy of a multiple purchase.  I wouldn’t be surprised if I end up making a version of the ‘Hitler Speech’ meme about buying multiples…

Spirited Away
Just the two of this one… 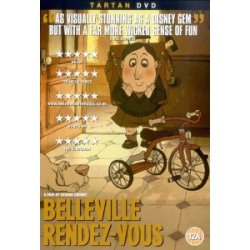 Belleville Rendezvous
This one was a little odd, as it wasn’t high on my list of must watch films.  It was on there, but still, I’m not sure how this one got bought multiple times.  I suspect that there were a couple of impluse buys.

Das Boot
This one makes a little sense, as it is a truly awesome film and I have bought a few different versions over the years.  I have still managed to buy duplicates, so I probably have about 5 or 6 copies of this (in different versions) over several formats.

Sin City
Another mystery one, as I really can’t recall buying either copy.  Still, a good film!

Angel A
A Luc Besson film, that I have on DVD it turns out and then bought it again on blu-ray last week, as I was intrigued (then found the DVD).  Haven’t watched it yet… 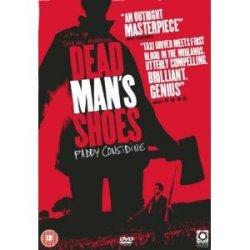 Dead Man’s Shoes
Like Angel A, discovered I have this on DVD, after buying the blu-ray.  Quality  Shane Meadows film worth another copy!

Life of Brian
Couldn’t find the DVD, having long since given away the VHS, so assumed I’d never got around to buying a DVD copy.  Bought one, then found the original purchase…  Irritating, but a total classic, so again, someone gets a quality free gift!

The Wild Bunch
Had a DVD of this, but thought it was someone elses, so bought my own copy.  Turns out the first one was mine all along.

You can see from this list that there doesn’t seem to be any pattern to it, it just occasionally happens!  Sometimes it’s classics I love, sometimes it’s films I’ve never seen.  I just need to sort out the DVDs/Blu-rays a bit better I think! or get a better memory…

This entry was posted on Saturday, January 7th, 2012 at 2:15 AM and tagged with angel a, belleville rendezvous, das boot, deadman's shoes, downfall, dvd, films, idiocy, life of brian, multiple copies, purchases, sin city, spirited away, the wild bunch, vhs and posted in Films, Rant/Rave/Ramble. You can follow any responses to this entry through the RSS 2.0 feed.
« Book Review: Prelude to Foundation, by Isaac Asimov
How to ruin your relationship with your gaming partner…Or not. »