Doctor Who & the Mystery of the Disappearing Bank Balance

I have had this discussion with our illustrious leader Rooney about the Mystery of the internet and the disappearing bank balance. However, when I saw this I couldn’t resist… Ladies, gentlemen & all other life forms, I give you the Sonic Screwdriver Universal Remote Control!!!! 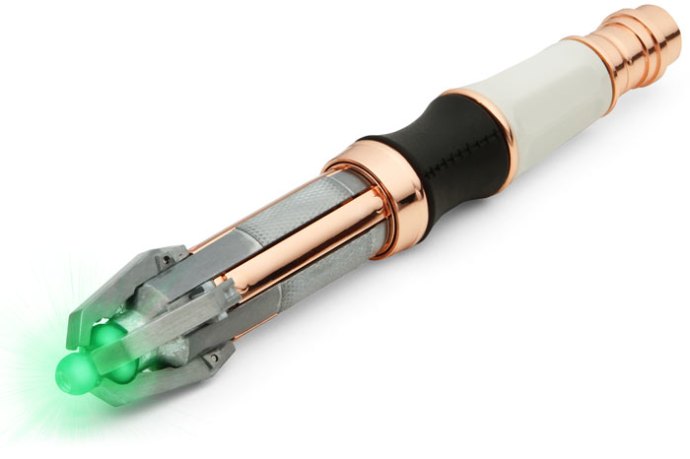 Once you’ve powered up the device talks to you… yep it actually talks to you, welcoming you to the screwdriver and explaining which mode you are in. There are basically five modes, practice mode, programmable mode, control mode, quiet control mode & Special effects mode. The first two pretty much speak for themselves… did I mention it actually speaks??? The programme/control mode has 3 databanks A, B & C, so the remote can be used to operate 3 different devices. I currently have the Sky Box and my iPod dock functions stored on it, so with the turn of the wrist to the right the screwdriver comes to life and the volume increases. Tap it to the right and the channel changes….. In the words of the 9th Incarnation…. fantastic!!

Silent mode, though why any human would ever, and I mean ever have this on silent is beyond me but it will function as a remote but without the sounds. Special effects mode stops any of the function working but plays a multitude of different sounds, so you can dress up and play as much as you like…. apparently, not that this is something I’ve ever done, (he says, hiding the fifteen foot multi-coloured scarf in the wardrobe!!) The Sonic Screwdriver also comes with a set of blue print style instructions, and a plastic display case so it can be kept on display for all to see. It also has various other operations such a coded lock, illuminating end and self power down… but did I mention, it bloody talks to you!!!!! 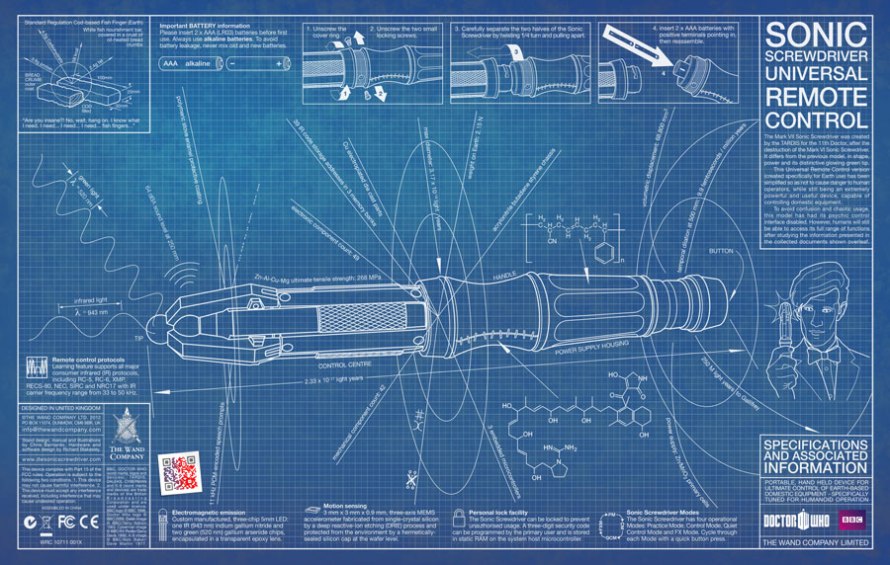 A London based copper & all round Sci-Fi geek with a particular passion for Doctor Who. I also love motorcycling & movies. Favourite tv shows include the late greats like Life on Mars & Ashes to Ashes, NCIS, Burn Notice & really anything fantasy/Sci-Fi based. Two favourite saying: 'Im definitely a madman with a box' & 'You don't need a degree in applied bollocks to work that out!' END_OF_DOCUMENT_TOKEN_TO_BE_REPLACED
This entry was posted on Tuesday, September 4th, 2012 at 3:09 PM and tagged with BadWolf187, Dr Who, remote, Sonic Screwdriver and posted in Cool Stuff, Technology & Gadgets. You can follow any responses to this entry through the RSS 2.0 feed.
« The Eternal Quandary of Doctor Who…
Wales is a long drive »