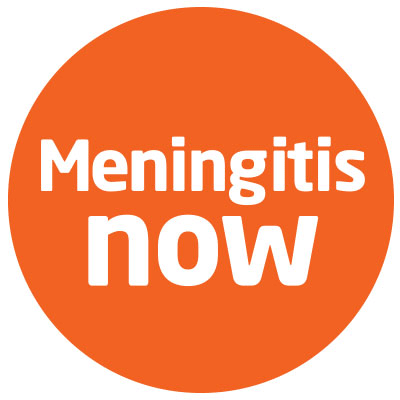 So this bank holiday weekend Rooney and myself are doing a 24 hour gaming marathon on XBox One to raise money for Meningitis Now which is an incredible charity. Rooney will be doing his 24 hours on Friday through to Saturday and I’ll be doing mine on Sunday through to Monday.

At present the timetable is:

Please check out the link for more information and also feel free to donate and/or share the link. We will be sharing updates on Facebook and Twitter and will do a post on here after on how it went and so on. Any money raised will make a huge difference.

A series of series

So since having my son back in March last year I have watched so many TV series while being at home with him. It’s so much easier to put aside a half an hour to an hour to watch an episode even if it’s when I’m having my lunch or when my son is eating or napping (the only time he’s quiet) whereas making time to read or watch a film is a bit tricky. So it’s an easy form of entertainment for me. There are several that I gave up on as I wasn’t enjoying them or just needed a break as I lost interest for a little while, some I am waiting for more episodes or another series and some I have finished but I decided that I could write a little on some of them and then I am going to write more in depth reviews on some of the best and worst of them so keep posted for that.
It all started with Desperate Housewives which I actually started watching when I was heavily pregnant and finished the series when my son was a few months old. I didn’t think I would enjoy it as much as I did but the combination of serious issues, dark comedy and an amazing cast (especially when Nathan Fillion appeared toward the end) made it really enjoyable. For those of you who don’t know, Desperate Housewives came out back in 2004 and ran until 2012. I think that although it started strong and went a tiny bit downhill, for eight seasons it was still enjoyable by the end which is very hard to do. The first series focuses on the suicide of Mary Alice but trails away from that and starts to focus more and more on the lives on Susan, Lynette, Bree and Gabrielle who are neighbours and friends (and sometimes enemies) and all so different but despite their differences always have time for each other. I think as well they all soften up and become more understanding of each other and themselves as the time goes on.
I then went for Dexter which is another American series. This ran from 2006 and finished in 2013 and like Desperate Housewives had eight long seasons. I need to go back to this and finish watching it but I needed to take a break… a really long break. I think I managed to last for three seasons before deciding I’d had enough. The first season is incredible and I would recommend watching that to anyone, even if you don’t watch past that. But I felt that it should have finished there. So Dexter Morgan is a blood spatter analyst for the Miami Metro Police Department, here he works alongside his sister and a few friends but what they don’t know is that he has a massive secret, which is that he is a serial killer. What I love about Dexter is that although he is a serial killer and thinks he hasn’t got a heart or any passion he actually has which comes more and more to the surface (unless things changed after I stopped watching) and you also find out more about why he kills and his background and I ended up feeling quite a bit of understanding and empathy toward him (but not an excuse for his murdering…that’s never good). I did find that after season one it’s not got as much as a pull but I do hope that it gets better again as it goes on as I do want to finish watching it and see how it develops.
So after giving up (temporarily) on Dexter I caught up with Pretty Little Liars which is something I started watching a few years ago and got behind on when I was waiting for the second or third season. This came out in 2010 and is still going strong, they have just done the big reveal on who ‘A’ is and I’m hoping that the last season (I think that there is still one more to go) will be as gripping. I’m waiting for the next lot of episodes to be released and the wait is honestly really tough. I think that this is my second favourite TV series (nothing will ever come close to my all time favourite which is Firefly and will get it’s very own blog post dedicated to it in the near future) with it’s enormous cliff hangers, twists and turns, absolutely incredible cast and beautifully written script. It all starts with the disappearance of the popular Alison DiLaurentis who is played by Sasha Pieterse and then the finding of her body in the garden of Spencer Hastings who is one of her best friends. From then her friends Spencer, Hanna, Emily and Aria are plagued with texts, notes and various other forms of blackmail and threats from ‘A’. This is one of those programmes with so many characters and different parts to the main storyline that it is really hard trying to remember everything that has gone on but it’s absolutely amazing and I’d highly recommend this. I think this is aimed at older teenagers and young adults but I think that it is brilliant. And I think I’ll actually be sad when it’s finished as I enjoy it that much.
Anyway that is it for now. I’m sorry that this isn’t a great blog post but I’m really out of practice and I’m writing it quick before my son wakes up which is any minute now. I’ll be writing a part two…and maybe three to this and then doing more in depth reviews on some of these that I have mentioned and some I will. If you have any recommendations for anything to watch please comment and I’ll check them out.

We have a birthday!

Happy Birthday to our very own badwolf187!!!

I am going to introduce myself here with two confessions, firstly I am a geek, secondly I am a rubbish geek.  I am the geek equivalent of those aging DJs you meet who own every record ever recorded, yet couldn’t play a single chord if their life depended on it.

Years ago being a geek meant something. Yes you might have been a social outcast, but you had power. The kind of dark Super Villain power only available to those who not only knew what an IP address was, but knew how to obscure it as they dismantled your entire life by emailing your boss/spouse/dog those pictures.

Yet here I am today, in the uniquely modern position of being a geek who doesn’t know what external hard drive I need to buy. Once upon a time a geek wouldn’t even need to buy a hard drive. They would build their own, with an egg cartoon, and then use it to hack into NASAs systems and down a small spacecraft for kicks. I on the other hand sit here staring at the Amazon page wondering what the fuck a terabyte is.

END_OF_DOCUMENT_TOKEN_TO_BE_REPLACED

Everyone and everything seems to have its own Facebook these days, so why shouldn’t we? No more will my own Facebook page be over-run with comments when I ask for suggestions – now you can all splurge* over the dedicated Cantina Crowd page!

*Splurging may damage you, your computer, and your health.